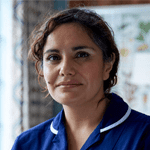 So you have been preparing for the new arrival for months now and you are looking forward to holding your baby in your arms. Labour starts in many ways for different women – some won’t feel any contractions until their waters break and for others their waters don’t break until they are deep into their labour!

However, contractions and waters breaking aren’t the only signs and symptoms of labour – there are more subtle signs that are often overlooked

Would you notice if these 7 subtle signs of labour start happening?

Loose bowel movements.
Have you noticed that your poo has been softer, runnier than usual over the past couple of days? Do you feel like you are opening your bowels more often? Chances are, if you are around your due date and you haven’t eaten anything that could be upsetting your stomach, this could be a sign that body is getting ready for labour.

Braxton Hicks
Whilst mild period like cramps are fairly common in pregnancy, you may begin to notice that they are becoming more frequent and powerful. Women often describe Braxton Hicks contractions as feeling like mild menstrual cramps or a tightening in a specific area of the stomach that comes and goes. They may be uncomfortable but are not painful. These practice contractions are your body getting ready for labour.

A strange feeling
Some women have reported having a strange feeling that they were going to go into labour- right before they did! It’s like an instinct, a bizarre feeling that a woman can’t quite make sense of. You may feel that you need to stay at home or get an overwhelming feeling that you don’t want your partner to go to work that day ‘just in case’. Other women have reported doing things like checking their hospital bag over and over or making sure the car seat has been fitted correctly.

Nesting
Nesting is a phenomenon that has been described by some women in the days and weeks leading up to labour where they get an unexplained urged to make sure everything is in place for the new arrival. They may find themselves cleaning the house from top to bottom, washing and ironing the baby’s clothes over and over or performing other cleaning and preparation tasks that they would never usually do.

A ‘heavy feeling’ down there
Often called the lightening or dropping, this is when baby’s head settles into the pelvis and the uterus starts to prepare for labour. It happens mainly with first time mums and women describe the feeling as a heavy pressure in the pubic region, whilst others describe it as cramping. You may notice that your walk is more like a waddle now and you need to urinate more frequently as baby’s head pushes against your bladder.

Mood changes
So you are at the end of your pregnancy and it’s likely that you are a little bit fed up but you may find that suddenly everything and anything starts to wind you up. As hormones rise in preparation for labour, you may experience an emotional response which can result in anger at things like your other half not replacing the toothpaste lid, or bursting into tears at the slightest thing. Any sudden mood changes at the end of your pregnancy could be a sign that labour isn’t far off.

Lack of appetite
The digestive system slows down when you go into labour as all the body’s energy is required for the uterus to work efficiently. You may find it hard to finish your meal and then find that you are hungry again soon after. Try eating little and often, instead of 3 large meals – you and your growing baby needs the extra 200 calories a day in the final trimester – that’s the same as 2 slices of wholemeal toast and margarine. Keep yourself well hydrated too – even if it mean extra visits to the loo.